Toward a modern Jewish New Year for the Animals

﻿
﻿Rosh Hashanah, the day that we traditionally celebrate as the Jewish New Year, comes on the first and second days of the month of Tishri on the Hebrew calendar.  But in reality, there are actually four "new years" in Judaism, each serving a different purpose  (based on Talmud, Rosh Hashanah 1a, but arranged in a different order here): 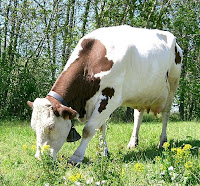 Only the first of Tishri is a "New Year's Day" in the sense that we now think of it.  The others are more like fiscal years, similar, for example, to how income taxes are due on the 15th of April (in the USA) and not the first of the secular year.

The first of Elul "for tithing cattle" was the cut-off point for determining in which year an animal should be included in the count.  Animals born before that date were tithed in the old year; animals born after that date were tithed in the new year.  Nowadays very few Jews are raising flocks of animals and, since there has not been a Jerusalem Temple since the year 70 C.E. (when the Romans destroyed it), nobody is tithing animals for Temple sacrifices anymore.   Nevertheless, this date remains on the Jewish calendar, although, admittedly, it is not very well known today.

Recently, there have been suggestions among Jewish animal welfare activists to make the first of Elul, the "Rosh Hashanah for Animals," into a day for focusing on the many teachings in Judaism about the proper treatment of animals.  This would not be the first time that a Jewish holiday got re-defined after the Temple was destroyed.  Shavuot, the "Feast of Weeks," was originally celebrated with processions of people bringing their first-fruits to the Temple.  Today it focuses on receiving the Torah at Mt. Sinai, which also took place on the same date.  Tu B'Shevat, the "New Year for Trees" (#3 in the list above) is now a form of Jewish Earth Day, when people not only plant trees, but also focus on current environmental issues.

In the same way, the New Year for Animals would shift the focus from tithing sacrifices toward learning about how animals are treated on factory farms, comparing that with Jewish teachings about the proper treatment of animals, and making choices about where we get our milk, eggs, and meat -- or maybe even considering vegetarianism as a better alternative.  Given that most Jews today are urban people who rarely, if ever, have contact with farmers or farm animals, I think that developing a modern version of this day would be a great educational opportunity.
﻿
It would also fit with the overall theme of the month of Elul.  Traditionally, we blow the shofar (ram's horn) once each morning during Elul (except on the Sabbath.)  This is to remind us that the High Holy Day season is coming, and that we should "wake up" and take account of our lives in preparation for Rosh Hashanah and Yom Kippur.  Adding the observance of Rosh Hashanah for Animals on the first of Elul would mean that on the very first day of the month leading into the High Holy Day season, we would examine how we are treating God's creatures.  Perhaps we might start with the words of the Baal Shem Tov, founder of Hasidism:

"A worm serves the Creator with all of his intelligence and ability... A person should consider himself and all creatures as comrades in the universe, for we are all created beings whose abilities are God-given."  (Tzava'as Ha Rivash 12)

(See also Richard Schwartz's article, An Audacious Initiative to Restore the Ancient New Year for Animals posted on August 8, 2012 on Tikkun Daily.)
Posted by Yonassan Gershom at 9:59 AM

When others have explained some of the practises of Judaism those practices have seemed quaint. When you explain; those same practises make sense.

There is meaning in what you do, it is not just obeying the law for the law's sake. When you explain, I can see so much more than tradition.

Thank you for reading my blog. My goal is education for both Jews and non-Jews, because in this day of soundbites and fast tweets, it is hard to get explanations with any kind of depth to them. (I rarely tweet for that reason, and I spend very little time of Facebook.)

I'm not sure who those "others" are who have given you "quaint" explanations, but most religious Jews I know do not "obey the law for the law's sake" -- That is a negative misperception of Judaism in the gentile world, a carryover of the old anti-Jewish "law versus the spirit" polemics from the Middle Ages. (Not calling YOU anti-Jewish, just saying it has become an institutionalized perception in the popular culture.)

It is not "law versus spirit," it is both together. Think of a cup of wine. The law is the cup, the wine is the spirit. While it is true some people might have an ornate but empty cup, it is also true that without a container (a "vessel" in kabbalah) to hold it, the wine runs through your fingers and is lost. Ritual is the grammar of mysticism -- it gives the intangible spirit a form that can be shared in a "language" that the community can understand.

The obey the law attitude is not just a Jewish thing and even amongst Jews attitudes vary.

In Fact seeing it as a personal matter, rather than something to be community enforced is probably even more common amongst Jews, than in many Christian communities.

If I am reading correctly, you would see obeying the law simply to avoid black marks in some Divine book as almost meaningless. Obeying the law is what you need to do willingly, or even enthusiasticly, to prepare to receive divine blessings.

In no way did I mean to be critical of those who I had spoken to before. The level of explanation was appropriate for the circumstance. But I am appreciative of the meaning you provide.

Yes, of course these things vary with individuals, and from group to group. Among Jews it is BOTH personal and community. And that is not necessarily a bad thing. Even secular societies have basic standards that people are expected to adhere to. Whether it be a congregation, the military, or a sports team, there is a behavioral price to pay for being a member. Just as you can't be on the football team if you drink and smoke and party all night, you can't be part of certain religious groups if you misbehave, either.

Now certainly there are people who do not think about religion in much depth -- my father, bless his memory, was one of these. He often said his worst subject in college was philosophy, he had no interest in theology, took the attitude of "just tell me what I have to do and I will do it." Yet he was a loving, caring, generous man and spiritual in his own way -- he just did not enjoy theological discussions. (As far as I know, he never read any of my books. And was always disappointed that I did not become a scientist. I do, however, credit him with sparking my interest in biology.)

There is also the matter of maturity. When you are dealing with children, you ARE dealing with "black marks" in the sense that it is wrong to lie, cheat, steal, etc. Children do not have a inborn sense of right and wrong, it must be taught. So I do find myself saying things to my 9-year-old grandson like "It is a sin to lie, God does not like lying." And it does not hurt for a kid to understand that God is watching even if nobody else is, so he does not really "get away with it" even if not adults saw him do it. Given his own choice, he would lie like a rug to get out of whatever -- as most kids will.

In terms of brain development, what we know as a conscience --the "inner voice" that knows right from wrong -- doesn't really take hold until around puberty. This is also the age when a lot of people drop out of religion, after bar mitzvah or confirmaton or whatever. So they are essentialy stuck with "junior high Judaism." Now, if you had dropped out of school in the 7th grade, what would you have? Basic reading, writing, math, geography -- but unless you studied on your own, there would not be much depth to any of it. Using math as an example, if you never got to algebra, then quantum physics would be a total mystery.

The same is true of religion --there ARE deeper meanings but kids are not mature enough to even understand them -- and I know this from experience. "Spirituality" to a 9-year-old is about ghosts and zombies, prayer is about asking God to gimmie, gimmie, gimmie.

I think what people call the "mid-lfe crisis" is also a matter of maturity and brain development. Arund age 40 or so, we start looking back over our lives, questioning where we are going, and it is often at this point that we take a second look at religion and discover there is a lot more depth than what we learned in grade school. So what i always tell people it, go back and tae a second look, read some material written on a more mature level. Very often, thay are amazed at what is there.